The Looting of Nations – How Corruption has left a continent struggling

The impact of Illicit Financial Flows on developing countries, can be the difference between nations that are less reliant on foreign aid or debt, with vibrant local economies and solid investment in health and education infrastructure, and economic stagnation.

Illicit Financial Flows, or IFFs, is the polite term for the theft of a nation’s assets. The Nigerian’s are a little more direct in referring to “the Abacha Loot”, the estimated $5bn stolen by the then President in just five years. Of course, below the level of the President, the culture of corruption saw many more billions lost as the country exploited its vast wealth in natural resources like oil.

The Covid-19 pandemic has seen countries like Nigeria hit with a double-whammy. Not only are their health and social services coming under increased pressure, the global downturn caused by the pandemic has also depressed demand for those natural resources. This has seen a vital source of funds for those government programmes rapidly drying up.

Reversing IFFs and recovering the looted funds can give these nations a much-needed source of investment capital. So rather than this being a “nice-to-have” in sovereign government programmes, the restitution process is something that is even more vital now. Even more so when one considers the focus of donors and lenders on governance, transparency and anti-corruption as institutions like the IMF and World Bank look to support developing nations as they work through this crisis.

Securing the recovery of wealth lost through IFFs has the potential not only to bridge gaps in country finances but also to create a virtuous circle of transparency, potentially unlocking financial support and helping to build vibrant and stable local economies. But it is hard.

It is risky. Claims may not succeed because those with much to lose will fight them aggressively. It is complex, with funds often held in offshore vehicles and hidden behind complex ownerships. This makes it expensive and time-consuming to pursue the investigations needed to establish any claims and lengthens and complicates the legal process of recovery.

Some governments have turned to a version of traditional “Litigation Funding”. But this usually sees claims limited to those easiest to pursue and having the highest likelihood of success. Nevertheless, funding partners will usually seek to recover all their costs, plus a very substantial share of any funds secured. This can reduce the value of any claim to a sovereign government by as much as 50%. And because it is only the most promising cases that are pursued, whilst the success rate is as high as 85-90% for claims, the actual amounts being recovered by sovereign governments is a little as 15% of all the looted assets.

The Restitution approach is different. We have assembled patient capital investors who are seeking a long-term return on their investment, typically over ten years, from a portfolio of assets agreed with sovereign government to be targeted for recovery. These will include claims with a high likelihood of success, but also the less promising claims which, through re-investing part of the recovered funds can also be successfully returned and used for investment in infrastructure and capacity building.

In this way, Restitution can help sovereign governments tap into one of their most significant, but largely untapped source of capital – the loot, stolen from their people by corrupt leaders and officials in the past. 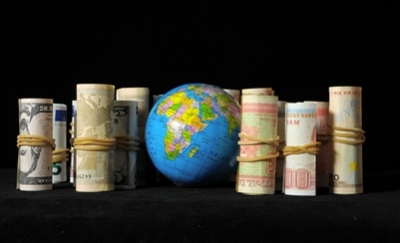 Introduction The Commonwealth Secretariat is organizing a Virtual Commonwealth Regional Meeting of AntiCorruption Agencies in Africa from 21 – 24 June 2021. The theme for

Need for coordinated action by G7 leaders on Forced Labour

Traditional litigation funding is not going to achieve the best return for Sovereign Governments, because litigation funders’ operating model focuses only on assets where there is a high chance of recovery as they demand a very high return on investment. Their approach is very much a short-term “profit” model.

By continuing to use the site, you agree to the use of cookies. more information